Amazon & Goodreads: the Good, the Bad, and the Ugly 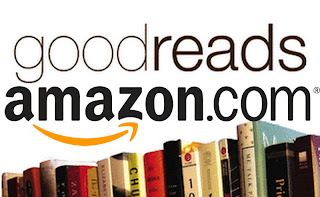 I have been following this issue very closely since it was first announced.

There are many stances on it from many different angles.

Lets talk about a few of them here.

The latest posting from Digital Book World brings some interesting points to light:

Amazon's systems are consumer-focused.  This has many potential ramifications for Goodreads.  If that consumer focus bleeds over into Goodreads, how will that change the system for authors?

And a good part of Goodreads is built to cater to Authors in social media, events, group discussions, giveaways.  If Amazon no longer cares to devote resources to this kind of activity, will we see the Author-centric aspects of Goodreads drop off in favor of the reader/consumer focus?

Jonathan Gunson has found something positive about this merger, Kindle libraries will find integration with Goodreads "shelves".  This is wonderful for authors, because all of a sudden, a whole ton of "read" or "owned" or "want to read" shelving will register for all these books.  That kind of activity is a major big deal, adds a lot of popularity to a book in Goodreads.

But there are also a great deal of concerns about privacy.  Many a reader who buys on Kindle, using their real identity, yet keeping their Kindle collection private in this neat little device, is willing to write reviews on Goodreads under a pseudonym.  Goodreads allows this privacy.  People also discuss books in group conversations under their pseudonym.

If Kindle starts connecting the dots between the device/purchaser, and the Goodreads pseudonym, privacy is out the window.  This has far reaching implications for readers of the more risque erotica material.  Privacy has enabled readers to buy and enjoy these books on their kindle devices.  One might say that ereader privacy has contributed to the explosion of the erotica ebook market.

If that aspect of privacy is lost due to Amazon-Goodreads integration of Kindle libraries and Goodreads "shelves", will there be a drop-off in purchases of the more risque-controversial reading material?

Not everyone wants their entire Kindle library broadcast to the world.

And finally, there is another issue for consideration, Amazon's monopolistic control of book sales, discovery, and the discussion forums for talking about books.  In addition to Amazon's own Kindle forums, unbeknownst to many, Amazon is also a major shareholder/partner in Librarything, a Goodreads competitor.  AND obviously, Amazon runs Shelfari, the other major Goodreads competitor.

We, the world of book readers and authors, have very little places left to go, to talk about books, where Amazon does not own/control the discussion format and have full access to all that data.

The megagiant bookseller is positioning themselves to control all the platforms where people go to find and talk about books.  Control of discovery, control of word-of-mouth, control of reviews and ratings.

That's just plain creepy, and it screams of a monopoly.

Additionally, Amazon is infamous for censorship of certain kinds of novels.  They will simply remove a book from their system, as if it had never existed.  That removal reaches straight into Kindle libraries.  Kindle ebooks you have purchased that Amazon deems unworthy will disappear without warning.


Traditionally, Goodreads is a place where everyone is free to discuss every kind of book, to rate and review those books.  There are books discussed, rated, and reviewed on Goodreads, that are not sold on Amazon, have been banned by Amazon.  Will Amazon bring their brand of intolerance and arbitrary book removal to Goodreads?

Comments anyone?
Posted by Unknown at 6:42 AM