Vote for the cover of UPON THIS ROCK, new Urban Fantasy! #Epic #Coverart #ASMSG 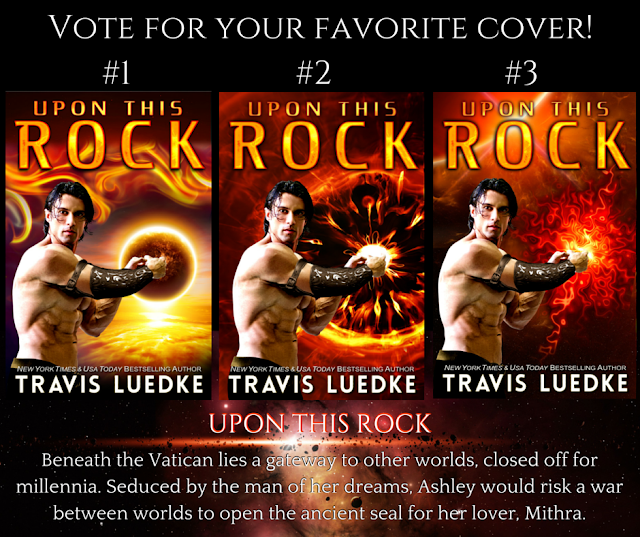 Cast your vote and help decide on the epic new cover for a kickass dark fantasy and paranormal romance novel that parallels the Nightlife Series!

Beneath the Vatican lies a gateway to other worlds, closed for millennia. Mithra has labored for centuries to reach across the aether and connect with a human carrying the ancient genetic markers needed to wield the key and open the sealed gate.

Ashley has no one in her life but the voice in her head, the warm, sultry whispers of Mithra that haunt her dreams. He promises they will be united once she accepts his devastating gifts of power.

Empowered by Mithra and aided by Urvashi – a fallen angel – Ashley must embrace her destiny as the gatekeeper before Mithra's enemies take control of her and the gate. Many factions vie for access, but Mithra vows to protect Ashley at any cost, even if it means a war between worlds.

Posted by Unknown at 7:33 AM 3 comments: Links to this post 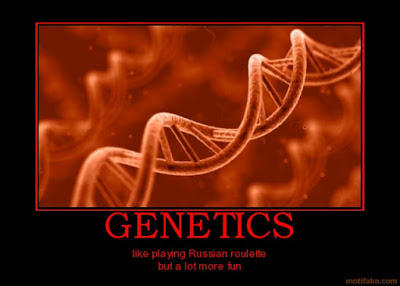 Cynthia Sax stopped by the Nightlife Blog for a little chitchat on Genetically Engineered Heroes and Heroines!

Design him or her.

This isn’t yet possible but it isn’t as ridiculous a suggestion as it was a decade ago. We’ve cloned animals (and, I suspect, humans – though no one will admit to this). We’ve replaced defective genes with effective ones. There are experiments happening right now in laboratories that could change who or what we are.

It is this ‘could’ that fascinates many SciFi romance writers, including Travis and myself.

Why would we want to change humans? For military purposes? To allow us to inhabit planets with different atmospheres or environments? To eliminate aging and death.

How would we want to change humans? Will we make ourselves self-healing? Give us wings and the ability to fly? Increase our speed? Our strength?

The possibilities of genetic engineering are endless and so are the possible characters.

Travis has his enigmatic Angel, the heroine of his action-packed Angel 6.0 series. As he shares, she is the “untapped potential of the human genome, the next step in human evolution.” Will she use her enhancements to help her human creators or to help the Gran? We’re not quite sure.

Rage, the hero of my most recent release, Releasing Rage, is a cyborg. He’s half man, half machine, genetically designed to be the ideal warrior. He has both processors and a brain. He learns as quickly as a computer but has the ability to think and act for himself. His genetically enhanced muscles supplement his protective metal frame. He heals quickly and has an almost limitless lifespan.

Rage was manufactured to be a weapon. He’s treated as an object. He’s well aware that, although he resembles a human, he isn’t one. He’ll never be one. When he meets his human heroine, his differences are amplified even more.

The great thing about genetically engineered heroes and heroines in SciFi romance is… no one intentionally designs an unattractive being. (grins) Angel, Travis’ heroine, is attractive. Rage, although scarred and an earlier primitive model of cyborg, is very hunky. Genetic enhancements can also have interesting impacts on the physical part of a relationship.

If you genetically engineer a human with one trait, what trait would you choose? Why? Releasing Rage
Half Man. Half Machine. All Hers.

Rage, the Humanoid Alliance's most primitive cyborg, has two goals--kill all of the humans on his battle station and escape to the Homeland. The warrior has seen the darkness in others and in himself. He believes that's all he's been programmed to experience.

Until he meets Joan.

Joan, the battle station's first female engineer, has one goal--survive long enough to help the big sexy cyborg plotting to kill her. Rage might not trust her but he wants her. She sees the passion in his eyes, the caring in his battle-worn hands, the gruff emotion in his voice.

When Joan survives the unthinkable, Rage's priorities are tested. Is there enough room in this cyborg's heart for both love and revenge?

Posted by Unknown at 7:34 AM 2 comments: Links to this post 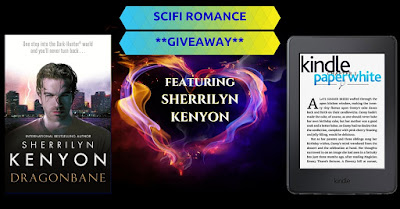 Enter to win a hardcover novel DRAGONBANE by Sherrilyn Kenyon or a Kindle Paperwhite.
Must be 18+ 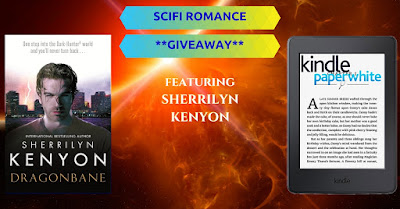 Posted by Unknown at 8:15 AM No comments: Links to this post