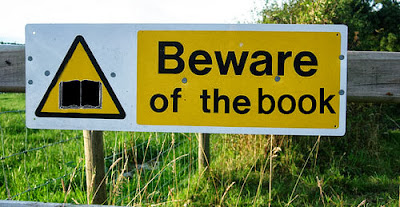 Unless you've been hiding under a rock and have no clue about what's been taking place in the world of publishing, you have probably heard or seen news headlines like this:

Now, it is interesting to look at the heated debates on The Digital Reader, mostly from Indies, Author-Publishers.  And then take a look at Joe Garde's writeup, which raises all kinds of valid questions about the slippery slope of censorship, but completely misses the mark on other issues.

What isn't really clear is the fact that ALL SELF PUBLISHED EROTICA is now suspect, and a target for removal in the UK, and the US, regardless of whether or not it touches on taboo subject matter like incest or bestiality (that's what the scare was all about to begin with).

There's nothing remotely suspicious about that, is there?

And Kobo claims, "We want to protect the reputation of self-publishing as a whole." The company moved lightning fast to accomodate WH Smith's demands for self-published erotica removal.  ALL OF KOBO'S SELF-PUBLISHED EROTICA HAS BEEN REMOVED FROM THEIR UK WEBSITE.  It seems the only thing they have "protected" is their retail relationship with WH Smith.

But, Kobo UK still carries....
(Only people in the UK can see the Kobo UK site--so I have provided the screenshots) 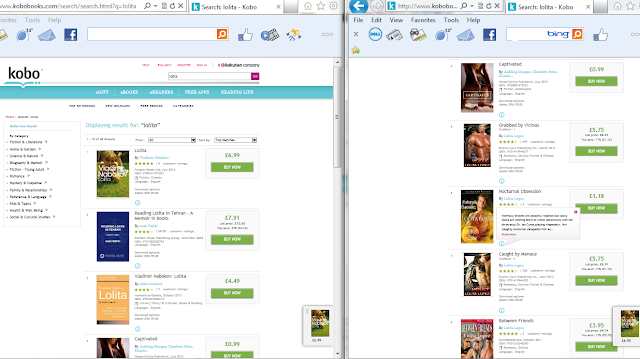 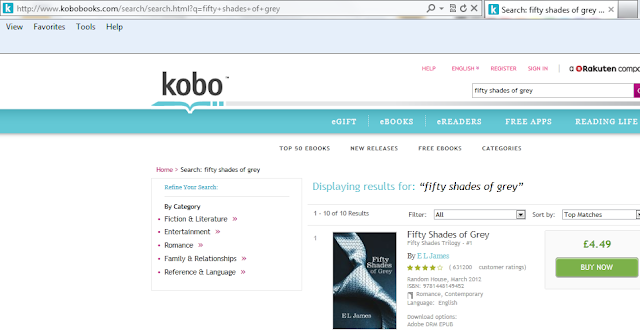 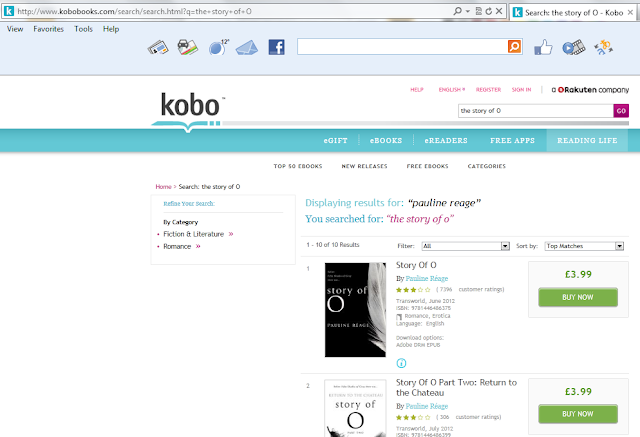 AN ENTIRE SECTION OF EROTICA 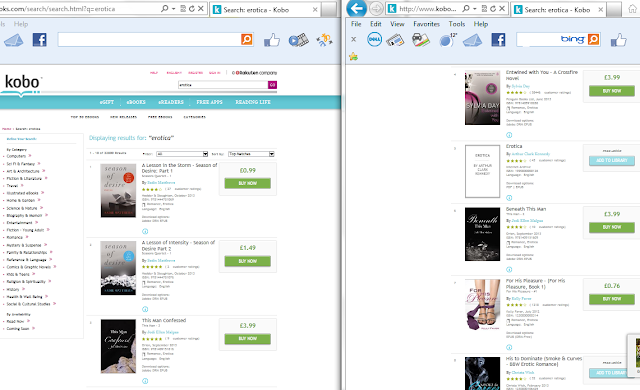 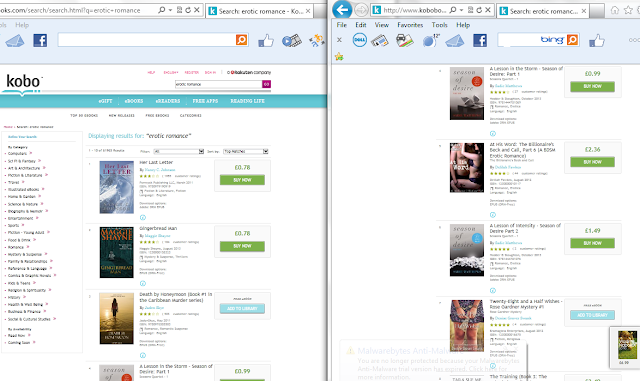 So, while Joe Garde asserts that online booksellers are increasingly afraid of selling erotica, they are still doing a brisk trade in TRADITIONALLY PUBLISHED erotica, without all those pesky self-published titles mucking up the pages and stealing market share.

How very convenient for major publishers.

One might start to wonder what resources might lie behind this Machiavellian movement to scour the shelves of self-published erotica.  Logically, to analyze a situation like this, you would look at who stands to benefit most from this act.  Follow the money trail.

ALL SELF PUBLISHED EROTICA IS BEING REMOVED IN THE UK, AND IN SOME CASES, THE USA, BY AT LEAST TWO RETAILERS.

You can sit around and quote laws and whip out legal dictionaries and whatever. None of that changes the plain truth that self-published erotica is being discriminated against, and this is probably only the beginning.  Will other retailers follow suit?

Is this a form of discrimination that can be sued for? Probably not.

But it should be.

Is this a form of discrimination against one’s rights? Not exactly, no.

But its still discrimination.

I see no debate over the fact this is a form of discrimination. The debate is, what the hell can and should be done about it, if anything?

And though my own books are classified as paranormal romance and paranormal thriller, I can't help but wonder what is an Author-Publisher to do when their books are removed from retail sale, their livelihoods deleted from servers?

"Do not go gentle into that good night ... Rage, rage against the dying of the light." ~ Dylan Thomas 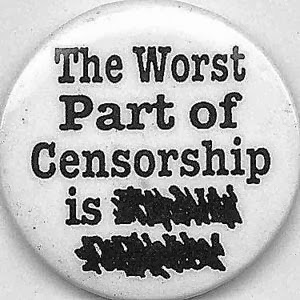